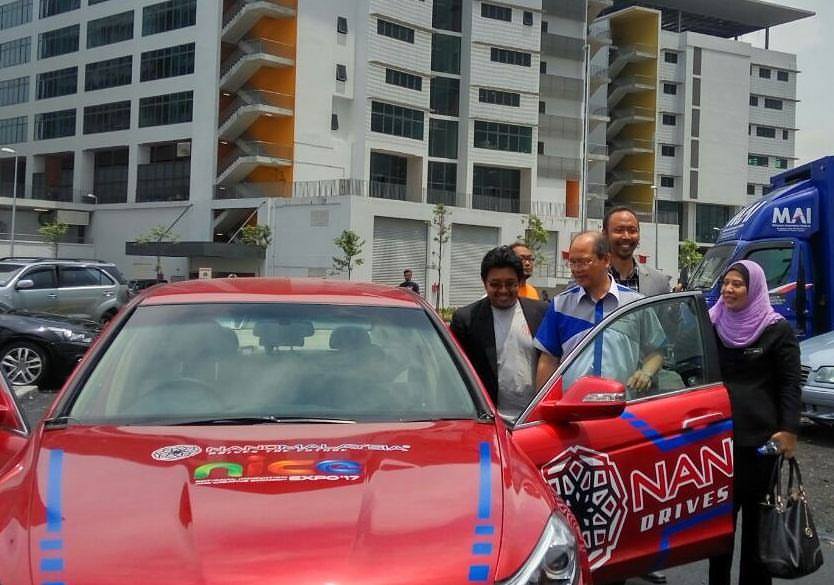 CRETA made its fourth appearance to the public after the Kuala Lumpur Engineering and Science Fair in November 2016.

The innovation of CRETA is in line with the Ministry of Science, Technology, and Innovation (MOSTI) on their objective to drive transformation, increase productivity, promote sustainability and competitiveness among Malaysian. REKA is working together with NanoMalaysia Berhad which also hold an exhibition of smart home technology at the National Innovation and Creative Economy (NICE) Expo 2017 and aimed to cultivate science, technology and innovation (STI) among Malaysian and change Malaysia’s economic landscape pursuant to the country’s aspiration in becoming a high income and developed nation that is driven by technology and innovation.

This initiative is line with TN50’s core to promote innovation based on innovation and creative economics as well as improving the competitiveness of the State in the field of STI. As part of this exhibition, NanoMalaysia Berhad is co-working with REKA on the Autonomous Car project and nanotechnology was applied in Proton Perdana owned by NanoMalaysia and capable of moving on its own and fully controlled by the computer.

“We believe that this platform will create the talent pool in Science, Technology, Engineering and Mathematics (STEM) and generate the interest in those subjects. We should start to encourage all Malaysian and let everyone know that Malaysia has the same technology like any other countries in the world.” said the CEO of  REKA Initiative, Muhammad Haziq Faris.

REKA Inisiatif (formerly known as REKA Studios) is a Teaching, Research & Development institution that specializes on disruptive technologies in multiple disciplines under AI focusing on IoT, Machine Learning and Computer Vision. As a pioneer in local IoT industry, our aim is to empower such technology in Malaysia through RIG, Malaysia’s first IoT Board.